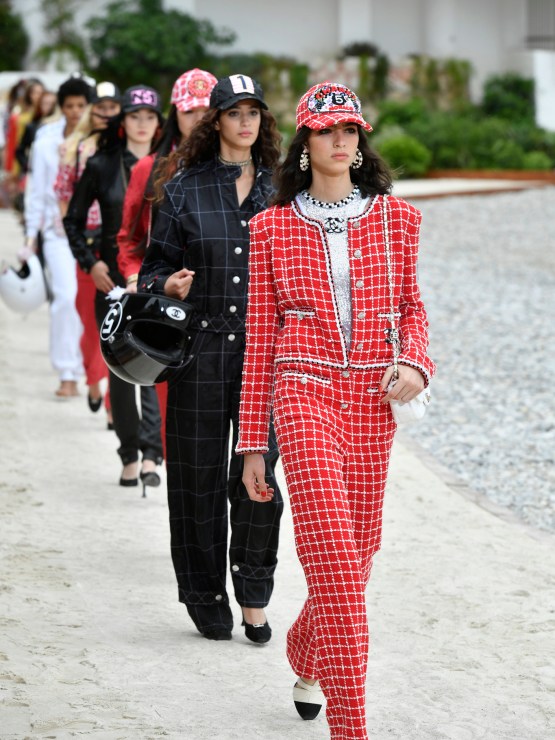 In the fantasy vision of Monaco, there’s Grace Kelly, the Formula One Grand Prix and the Monte Carlo Casino — think “Lifestyles of the Rich and Famous” on steroids.

And for the last century, Chanel has played a key part in the life of the tiny principality, from the opening of founder Gabrielle “Coco” Chanel’s first subsidiary here in 1913, to Karl Lagerfeld’s long friendship with Princess Caroline of Monaco and her family.

On Thursday, Virginie Viard, creative director of the French luxury brand since Lagerfeld’s death in 2019, set about writing the next chapter of the story with her cruise collection, which was equal parts homage to Princess Caroline, and tongue-in-cheek wink to the pop culture aura of the land that spawned a thousand Lagerfeld photo shoots.

Guests including Princess Caroline and her daughter Charlotte Casiraghi, who’s been a Chanel brand ambassador since 2021, gathered at the Monte-Carlo Beach hotel, a stone’s throw from Villa La Vigie, where Lagerfeld used to spend his summers in the ‘90s and lensed memorable Chanel campaigns, like the spring 1991 ads starring Linda Evangelista and Christy Turlington. 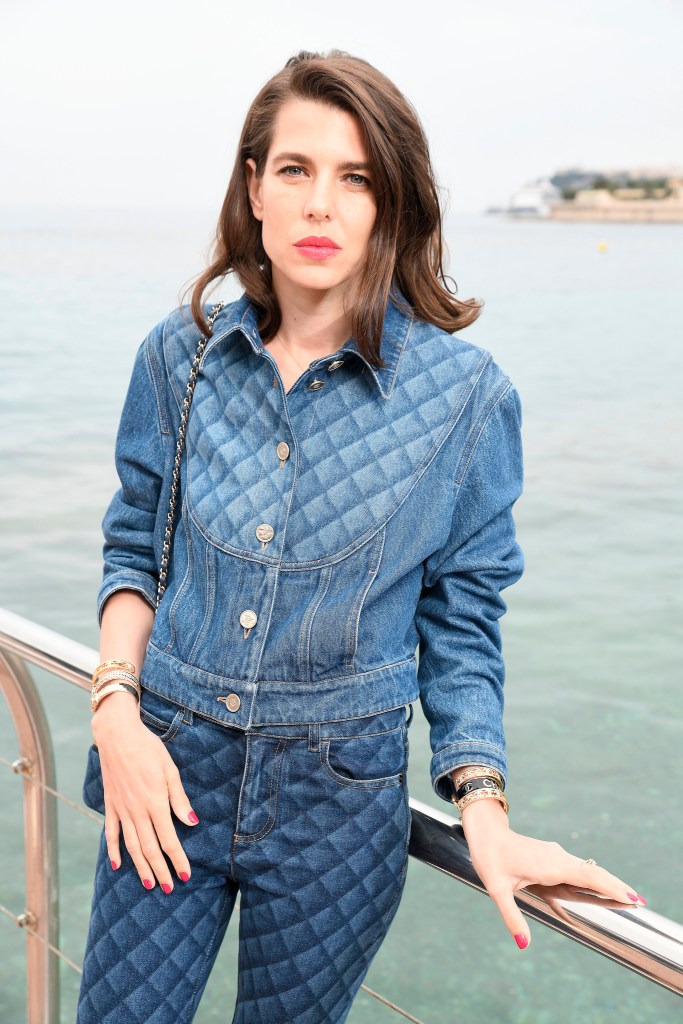 “I’ve been wanting to do the cruise show in Monaco for at least two years,” said Viard, marking her first resort collection with an audience outside Paris, after several years of restrictions linked to the coronavirus pandemic.

It was, as they say, a no-brainer. She’d been coming with Lagerfeld for years, and has known Casiraghi since she was a little girl. “In fact, I met Karl thanks to a friend of my parents who was an aide-de-camp to Prince Rainier, and who saw Karl at Charlotte’s christening and asked him if he could use an intern,” Viard recalled.

The collection was steeped in familiar references, from graphic motor racing checkered flags to crisp tennis whites and the kind of vampish swimsuit-and-tight combos that conjured the risqué glamour of a Helmut Newton image. Stewart, for one, lapped it up with all the gusto of a first-time visitor to the area.

“It kind of reminds me of a time that I’ve never lived in, so suddenly, I feel nostalgic for high heels and bathing suits, and a lot of luxury — and that’s definitely never been a part of my life,” she said with a laugh.

“I think especially watching the clothes walk around in this environment, there was such a sort of flippant buoyancy,” she continued. “[Virginie] was clearly having so much fun. I found myself kind of laughing throughout the show. I was giggling the whole time — it makes you kind of giddy.”

The primary colors of F1 cars, popping against the asphalt race track, were translated into a sequence of tweed outfits, while checked patterns appeared on everything from fluttering chiffon dresses to a swimsuit, a tennis sweater and a pink-and-white gingham windbreaker covered in faux team badges.

“I love the atmosphere of the pit,” said Viard, who got her first taste of Formula One working as a hostess at the Dijon-Prenois circuit, close to where she grew up.

Striped shirtdresses with tiny sailing boat motifs nodded to Lagerfeld’s signature Hilditch & Key nightshirts, while some models carried small bouquets of artificial flowers, “royal on duty” style. But it was the accessories that really stole the show, from bags shaped like crash helmets, to miniature tennis racket holders and a minaudière in the form of a fruit machine — complete with jangling coins.

Coppola, who with her brother Roman directed the bouncy teaser clip for the show, said it was all about conjuring a heightened and idealized vision of the French Riviera. “We had a kind of ‘Miami Vice’ thing happening,” she said with a smile.

The “Marie Antoinette” director is one of a cadre of creatives surrounding Viard. “Virginie seems to really respond to the personalities of people around her and the shared love of Chanel. She loves sharing what she’s making, and also getting feedback, so there’s a kind of conversation which I think there’s a lot of energy around,” Coppola said.

A key part of that conversation in the last two years has been Casiraghi, who initiated a bimonthly series of literary gatherings known as Les Rendez-vous Littéraires Rue Cambon.

“The passion for literature is really something that I shared with Karl in a very intimate way and which, in my opinion, is very important in the construction of the house of Chanel and of the Chanel woman as well,” she explained.

Coco Chanel herself had a lifelong love affair with literature, supporting and financing writers and poets such as Jean Cocteau and Pierre Reverdy. “You don’t create something as iconic as a Chanel silhouette without it being steeped in culture,” Casiraghi reasoned. “I thought it was important to shine a spotlight on that.”

For Bruno Pavlovsky, president of fashion and president of Chanel SAS, it reflects a shift in the role of brand ambassadors. “The relationship is not just based on the red carpet,” he said. “We do a lot of collaborations with them, and that’s what’s interesting. It’s not just a commercial contract. I think that’s really a thing of the past. There is an emotional attachment.”

G-Dragon, whose relationship with the house dates back to 2014, is another case in point. The K-pop star, attending his first Chanel show in several years, warmly embraced Viard at a fitting the day before the event. “It’s been so long that I couldn’t come, so I feel everything is fresh,” he said of the collection. “She did a really great job.”

Landing in stores in early November, the cruise line is a key pillar of the brand and has never sold better, fueled by the enhanced digital activations implemented during the pandemic, Pavlovsky noted.

“In the space of four to six weeks, we’re seeing sell-throughs of 60 percent to 70 percent on many of our collections, which is an absolutely exceptional performance,” he added, predicting continued strong sales for 2022 despite the war in Ukraine and renewed COVID-19 lockdowns in China.

“You’ve seen the results of our competitors. Our results are at least as good, if not better,” Pavlovsky said. The brand is due to publish its annual results for the 2021 financial year in the next few weeks.

Chanel, which has a boutique in Monte-Carlo and last week opened its summer pop-up in Saint-Tropez, also expects strong business on the French Riviera this season despite the potential absence of some Russian tourists. (Pavlovsky clarified that despite ongoing sanctions, the house is happy to serve Russian customers, provided they can prove residency outside of their home country.)

“The early signs and reservations indicate it’s going to be a very busy summer, which is excellent news for everyone,” Pavlovsky said. “For us, this is a very important hub, and coming here to Monaco is also about courting that customer. When you discover the place, when you read the history, it makes a lot of sense for Chanel to be here.”