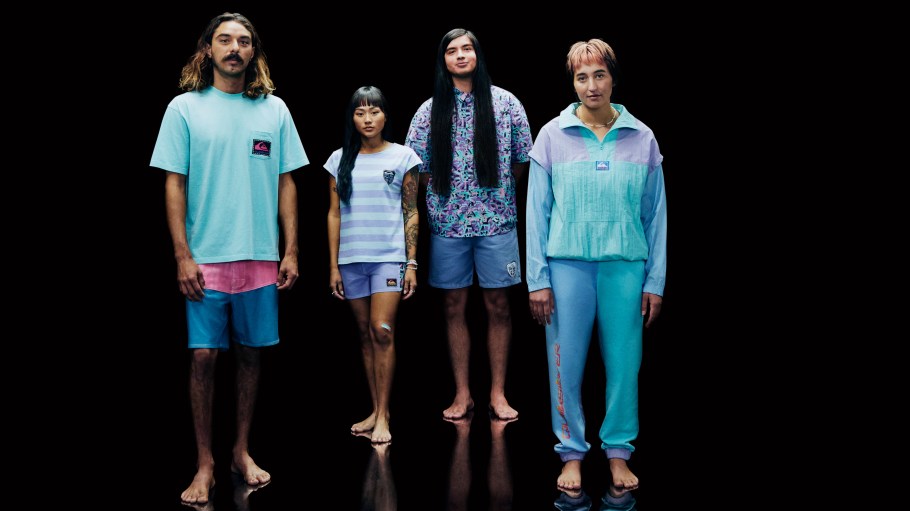 Netflix series “Stranger Things” returns for its fourth season on May 27 and to promote the premiere, Quiksilver is launching a capsule collection this month inspired by the hit series and the ’80s surf scene.

The 1986 Capsule that kicks off the launches on May 20 has a bright selection of apparel and swimwear contrasted by the dark, “Upside Down” selection, referencing the show’s dark dimension. On May 27, the partners will launch the Cast Wardrobe, Surfer Boy Pizza, Lenora Hills Surf Club and Hellfire Surf Club collections.

“Stranger Things” costume designer Amy Parris said Quiksilver was an integral part of California fashion in the ’80s, when the show takes place, and felt it was right to infuse the brand’s archive pieces into the show.

“I hope the clothes will resonate with a younger audience who is inspired by the fashions back then and be a friendly reminder to the stylish viewers who followed fashion in the ’80s,” she said in a statement.

“Working so closely with the ‘Stranger Things’ costume designer has been such a unique and special collaborative journey,” said Quiksilver product director Andrew Henry in a statement. “We’ve been able to revive classic styles from the 1986 and 1987 Quik archive to align with ‘Stranger Things [season] four,’ creating specific apparel for cast members and consumers alike.”